Entrance To The Mythical And Spiritual Underwater World of Cenotes

Not only is Akumal blessed with some wonderful Ocean diving but we also have the Magical Mexican Cenotes right here on our doorstep. Cenotes are huge underground river and cave systems that are accessible to all certified divers.

The Mayan people consider these Cenotes to be sacred places, (no problems with diving in them though!), and there is a special “peace and serenity” around them which you will feel as you begin your dive in the crystal clear fresh water. Akumal has many Cenotes all within easy reach by a short car ride, from 10 minutes to 30 minutes.

Do not miss it

All certified divers have the chance to do these incredible dives as many are both shallow and all allow access to the surface within 60m/200ft. Natural light is never far away, and in several places it comes through openings in the roof to give a spectacular light show as it hit’s the clear waters. There are no narrow passages to squeeze through, its all big and open. The routes through are clearly defined by permanent guide lines and you will always be within a couple of meters (6ft) of these. Diving in Cenotes is strictly controlled and you will be in a group of 4 divers maximum with one fully Qualified Cave/Cavern instructor.

Don’t miss out on this truly amazing diving experience! 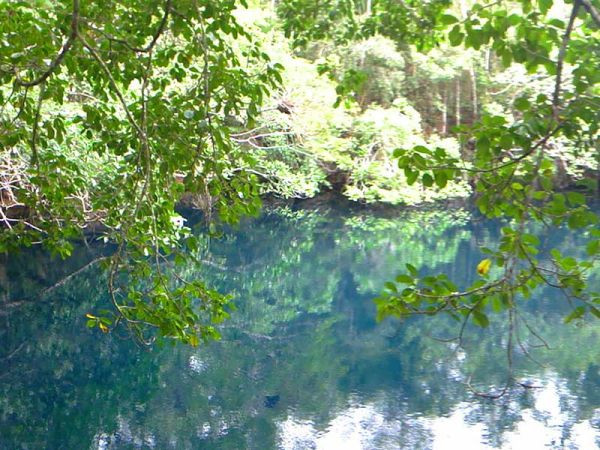 The furthest Cenote we travel to is 40 minutes away but is worth the journey for experienced divers. “Little Angel” is hidden away in the jungle and offers something totally different from the other Cenotes. No big rooms or passages, this is a deep opening, dropping to 60m(200ft).The top 27m(90ft) is fresh water with crystal clear visibility and then below is salt water, entering from the sea. The defining layer at 28/29m (92-95ft) is Hydrogen Sulfide, giving the appearance of having reached the bottom! As you go down through this layer you will feel as if you are looking back up at the clouds! A truly strange experience this Cenote dive is for Advanced divers only! 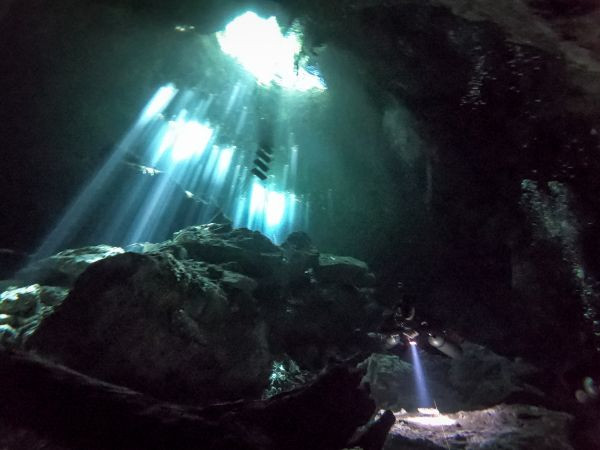 This cenote is situated 10min north of Akumal. The cave tour, takes the diver from the entrance into a wide room underneath an air filled bat cave. Here light enters through holes in the ceiling and penetrates the water like laser beams during the summer months. Along the cavern floor you will find hundreds of stalactites lying in the sediment. Continuing the dive, you enter the sugar bowl, a second small cenote where you can see an amazing light show on sunny days. Tajma Ha is decorated with stalactites and stalagmites and plenty of hidden fossils can be spotted if you look for them.

Read our article and find the best time to go to Riviera Maya and dive with us! 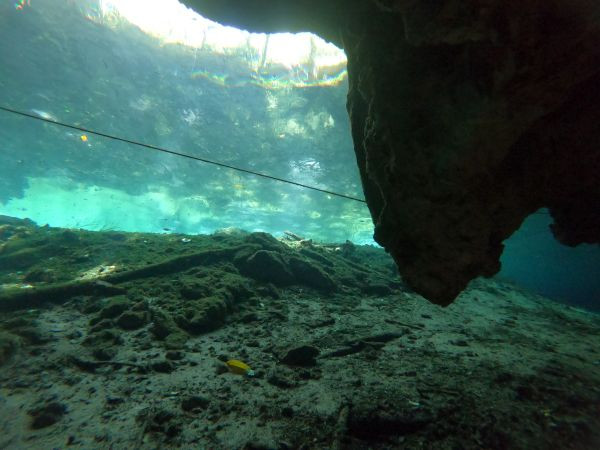 A 30 minutes drive from Blue Experience will take you to a beautiful location in the middle of the Mayan Jungle and therefore to this magnificent underground system. Cenote Dream Gate offers two very unique dives, enjoy the rich decoration of ancient stalactatites and stalagmites frozen in time since the last Ice Age. On both dives huge chambers provide different angles of incredible light beams hitting the water from the surface.

Cenote Dream Gate is an exciting adventure you can't miss. 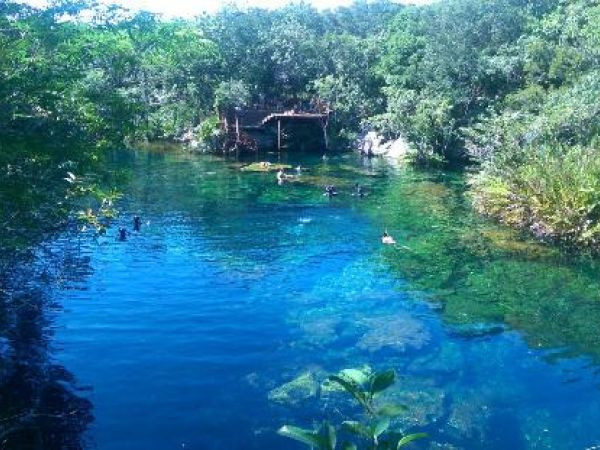 A beautiful body of water just 10 minutes away from our dive shop in Akumal, hides one beautiful cavern dive. After entering the cristal clear water thriving with fresh water fish, you'll find yourself going down into a huge underwater opening that leads to the main cavern, that connects Cenote Ponderosa with another nearby cenote.

At this beautiful place non diving companions can enjoy a memorable snorkel swim, over this outstanding underwater landscape. 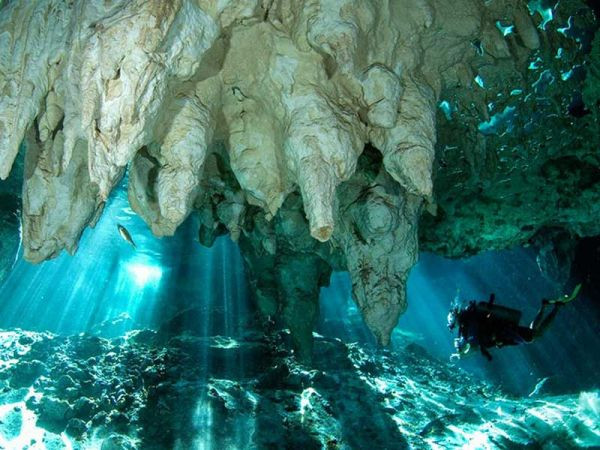 Just 10 minutes away from us by car, including a 2km drive into the jungle! Two huge open pools look up at you (Spanish ,- Dos Ojos means “Two Eyes”). These 2 large openings allow for spectacular light effects as divers approach them during their dives. Dos Ojos is claimed to be part of one of the largest underground river systems, (connecting several other local smaller Cenotes via smaller cave passages), but the main Cenote is made up of wide passages and chambers, considered to be some of the biggest on the peninsula 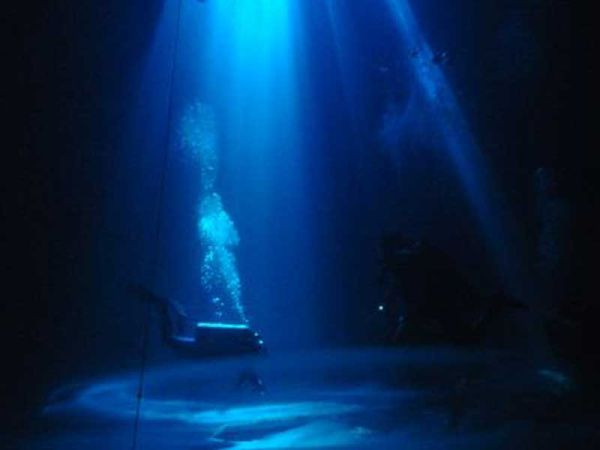 Approximately 10 minutes south of Akumal and just 2,8km past Dos Ojos you find El Pit. Arrive early for a morning deep dive and the best light penetration. Once in the water stop and appreciate the tranquil surrounding that tower above. Descend in the middle of the cenote through a shallow halocline towards the hygrogen sulfide cloud at 30 meters. Like Angelita tree branches eerily protrude from the cloud what seems to be the cavern floor becomes visible. Continue your dive above the cloud exploring the cavernous overhang of the cenote before coming up to the sloping ceiling at 10 meters. Here you find stalactites of all shapes and sizes but also remember to look up and watch the laser beams of sunlight penetrating the gash from below. 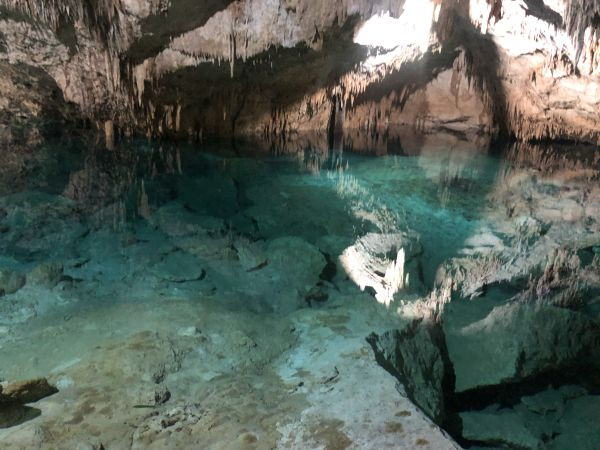 Located approximately 15 km from Blue Experience Diving is cenote Taak Bi Ha. Adventure starts even before hitting the water, a tiny entrance in the middle of the jungle leads you to a beautiful underground chamber where you will find a crystal clear natural fresh water pool which hides an unforgettable cavern dive, zigzaging through many ancient rock formations. Eventhough it is a very shallow dive, buoyancy is a must while exploring the many corners of this beautiful system. At Taak Bi Ha, cave divers can also enjoy two exciting cave lines. 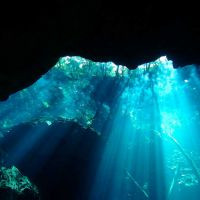 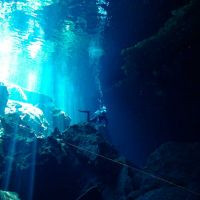 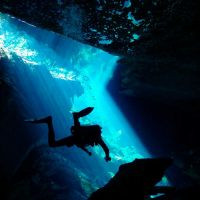 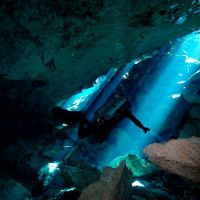 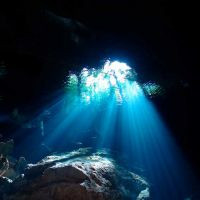 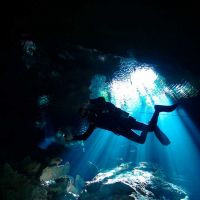 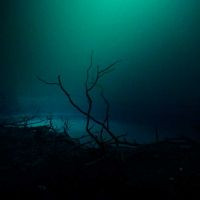 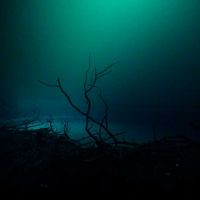 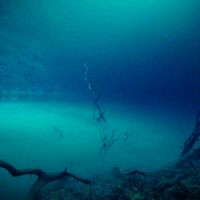